Beating an anime god is no easy task. It takes a whole lot of strength, determination and grit to overcome such impossible odds and only the truly powerful heroes can come out on top after clashing with the awesome might of a god. Well, unless your name is Joseph Joestar and then you just sort of get lucky sometimes. But for everyone else, gods are almost impossible to beat, which makes their eventual downfall even more satisfying.

But some of the best battles and fights in all of anime happen when heroes face off against gods. Think of Edward Elric fighting Father in Fullmetal Alchemist: Brotherhood, or Natsu one-punching a battle god into pieces in Fairy Tail. Think of Luffy’s fight with the self-proclaimed god Enel in One Piece or even remember how awesome it was when Yugi had to beat all three Egyptian God cards at once in Yugioh. These battles are memorable to us and have given us some of the most epic moments in all of anime.

So today we’re highlighting anime heroes who have defeated gods. Some have been punched into submission, some have been tricked, and one just got flat-out unlucky, but the common theme for all of them is that they were beaten by a mere human. So take a look at the video, leave a comment, and be sure to hit that subscribe button after you’re done to never miss out on more awesome anime CBR content. 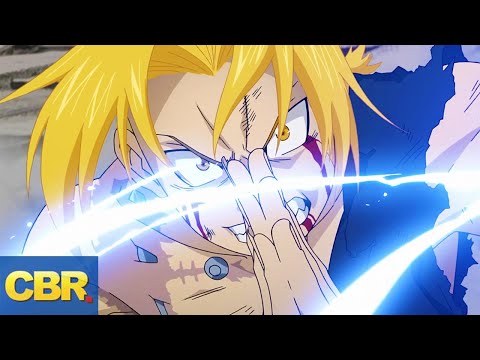 Anime Characters Who Went Toe-to-Toe With Gods and Won SUBSCRIBE NOW to CBR! Click here: http://bit.ly/Subscribe-to-CBR Beating an anime god is no eas...