Burning The Day - Buried Beneath

Added 5 months ago by
17 Views
This video clip has been licensed by Blue Pie Records.

Burning The Day was formed in 2004 by a group of friends that wanted to start a metal band. In 2010 some members left, some stayed, and some new ones joined. BTD has had some great accomplishments over the years, but also have gone through some hardship. 2012 is a new start for BTD and we are stronger than ever due to the new line up which includes Cesar Silva- vox, Matt Metcalfe- guitars, Maxim Shelkov- guitars, Steve Mitchell- drums, and Dimitri Skribans on bass. This band will never die, and continues to grow in every aspect and will always represent the Toronto Metal scene to the fullest.
In the past BTD has had a lot of experience in touring the United States and Canada. Rehearsing 5 days a week. Recording with people like Paul Sorez who worked on Lamb of God records. Merchandising and designs by sons of nero. Playing shows with well known bands such as Soilwork, Bring Me The Horizon, Bury Your Dead, Black Dahlia Murder, Ion Dissonance, Beneath the Massacre, Throwdown, Threat Signal, Ringworm, 3 Inches of blood, Goatwhore, The Destro, Baptized in Blood, etc….BTD have also sold out numerous venues in Toronto holding thousands of people because of a great home town following.

For more information on this video and Blue Pie Records please visit www.bluepie.com.au

Burning The Day - Buried Beneath 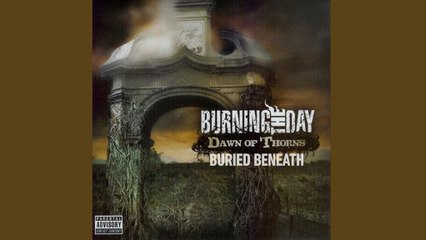 This video clip has been licensed by Blue Pie Records. Burning The Day was formed in 2004 by a group of friends that wanted to start a metal band. In ...